Jesus Healed Me Of Bi-Polar Disorder 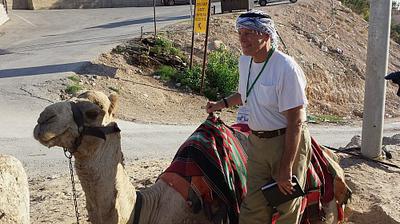 Healing remains a clouded issue in most churches today for many reasons. I was asked the other day, "Why does healing appear so complicated to receive from a loving God?" The answer: God isn't complicated; we are.

All of humanity became complicated after the head of the human race, our representative before God - Adam, the first human being, yielded to transgression and sin rather than obey God. In our day and culture, growing up in the world's philosophy has hindered and darkened our heart towards God.

We've embraced layers of doubt and unbelief prior to being born-again in the Spirit, by becoming believers in Jesus Christ. And if we haven't taken steps to renew our mind to God's perspective by knowing His Word, the Bible, we remain trapped in bondage to the lies of our adversary - the devil. God is a good God and has always been for us, and not against us.

"If God heals?" is a question anchored in doubt and unbelief. This reveals a lack of knowledge about God's goodness and love. It shifts the blame to consider if God is responsible? When sin entered the world, man and all creation were fundamentally altered. That original Sin of Adam resulted in instantaneous change...For the first time, disease, poverty, and death entered the earth, and have plagued mankind ever since. Fear replaced faith, and man's dominion on this earth was lost. God isn't responsible for any of it, because He gave mankind free will, freedom of choice, and man chose to follow the spiritual ruler of this world - satan, the devil, rather than obedience to the God of Creation.

We have a choice: to either live with the consequences of sin in a fallen world, or embrace the benefits of our redemption through Jesus, which includes supernatural healing. I suffered from Bi-polar Disorder.

I decided on October 20, 2013 to be free of bi-polar disorder, which I had carried all my life. I never knew why mood swings were so dominant in my life. But I made the choice that day to receive my healing as part of my New Covenant benefits as a believer in Jesus Christ. The Bible teaches that healing is as much a part of Christ's free gift of Redemption for us, as forgiveness of sins and eternal salvation is!

I heard Bill Johnson speak in Cleveland, Ohio giving testimony of miracle bi-polar healings in his church. I went home and googled his website and scrolled down to healing testimonies. I came across bi-polar disorders and recognized all the symptoms that frequently ruled my life.

I cried out to God to be free! I repeated aloud the prayer at the bottom of the testimony, and I was instantly set free from bi-polar disorder. The deliverance was so immediately apparent that my wife recognized the change in me as soon as she came home from the store.

Believing the Word of God in the Bible is not only recognizing it's utter truthfulness, but it is taking that truth of God to be your very own. I decided to act on what I believed about God's healing power, based on His Word in the Bible, and I'm a free man to after 65 years of torment. Jesus Christ healed me of Bi-Polar Disorder. Praise the Lord!